We pulled into Ulaan Baatar at 6:15am local time (1 hour behind Irkutsk but inline with Beijing) and we were met by Bogi, our Mongolian honcho. She took us to our hotel and on the bus explained exactly what we would be doing for the next 4 days, such a nice change from Arthur. Steve and I were sharing a room at the hotel, woohoo a hotel, although it was a cheap one with many abnormalities such as reverse hot and cold water taps but it was so nice to not have to use shared bathrooms and to do some washing. Afterwards we headed out to get some breakfast, but being a sunday everything was closed, we wandered around past closed coffee shops until we finally found an open Mongolian buffet restaurant and so instead of eggs or toast we had meat and vegetable soup and meat dumplings for breakfast. It really delicious and super cheap!

We met up with Bogi later in the morning and she walked us down the haphazard, dust filled streets of Ulaan Baatar to the Gandan khiid monastary, a complex of Buddist temples and Buddist teaching facilities. It was absolutely beautiful to hear the monks chanting, to see all the colourful outfits, paintings and architecture and to see the place filled with people. We passed a giant pair of gold Buddha's feet, the statue was still being built; Much of the complex was destroyed during the Soviet occupation, on our way to a 27m high standing Buddha statue. It was jaw-droping instead this temple, the space being absolutely dominated by this statue and all around colour, scents, chanting and people praying. Lining the temple were gold barrels that you spin to worship the dead and so a few of us spent 15 minutes spinning every single one of these.

The group split after the temple with only half of us continuing on with Bogi to lunch. We walked through the streets of Ulaan Baatar which is like a wild west town meets modern asian society. It was rough, organised chaos with an omnipresent sense of the harsh landscape around, giving it a big frontier city feeling. We went to a restaurant picked by Bogi and ate what she recommended too and it was amazing! It was a huge pile of noodles with vegetables covered with pieces of cured beef, all with a sauce. Delicious. After our stuffing of lunch we continued on to the huge main square of UB outside the enormous Mongolian Parliament. Here we saw some huge Genghis Khan statues and inside the Parliament musuem was an exhibition basically about Genghis Khan. They love and respect him very deeply, he and his principles of leadership and war pushed the Mongol empire over almost the whole of Asia at one point.
Afterwards we hopped into some taxi's to take us upto the giant statue built during the communist reign and overlooking the city. UB is absolutely massive, and every direction you looked there was construction going on. Not sure why but UB is a city under massive development and change; perhaps from all the mining money. We caught our taxi's back down and once again braved the organised chaos that is the UB roadways. The oddest thing about it is that you can have your steering wheel on either side of the car, depending on what type of car you want to buy.
We met up with the others to go to a cultural performance show. This show was a stunning array of traditional dancing, singing, music and instruments and backbraking contorstionists all in elaborate and colourful traditional costumes. It was so impressive, all of us were deeply impressed and slightly speechless at the performances and the nice thing, as opposed to the Russians, was that the locals performing looked genuinly happy to be performing for us!

It was a quiet night back at the hostel for me, I was exhausted an wanted to get a good night sleep before we headed out to the ger camps. 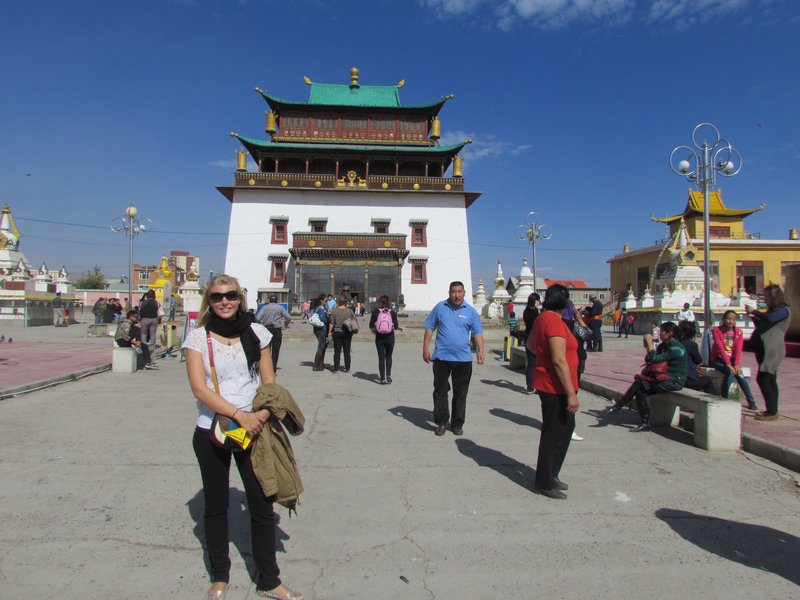 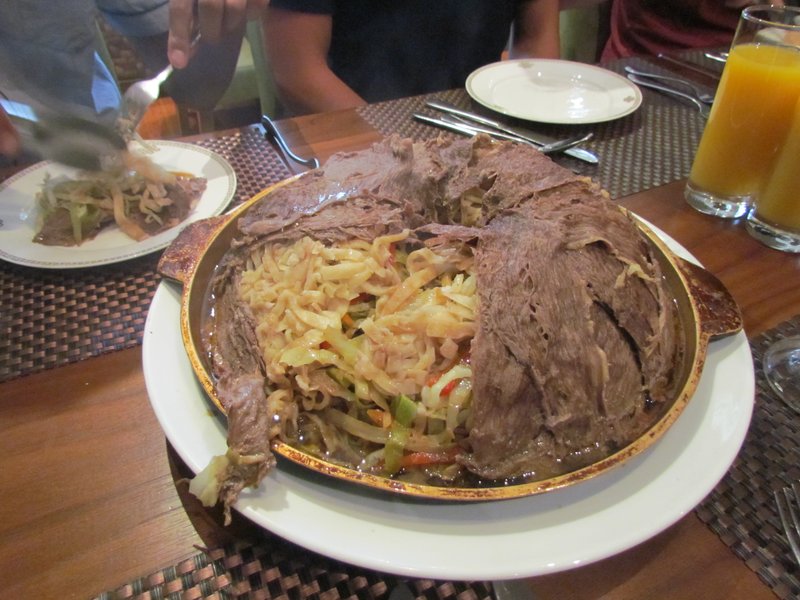 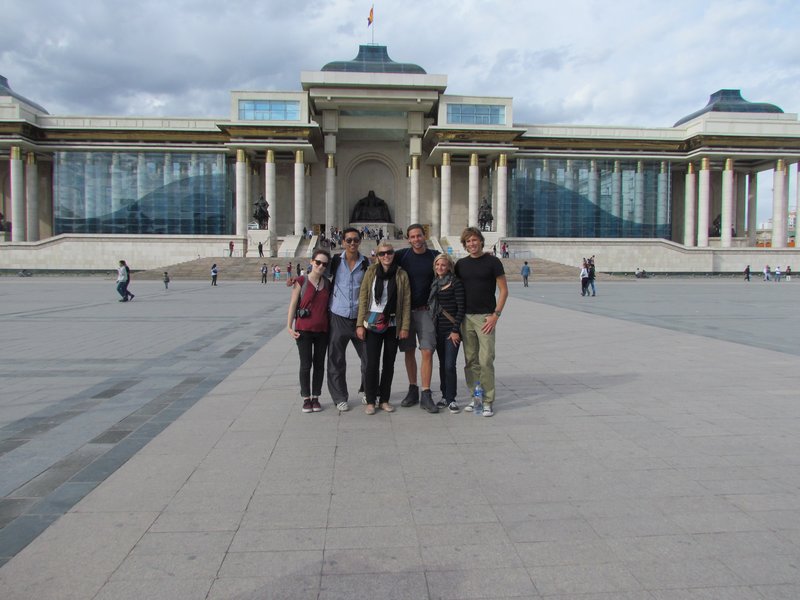 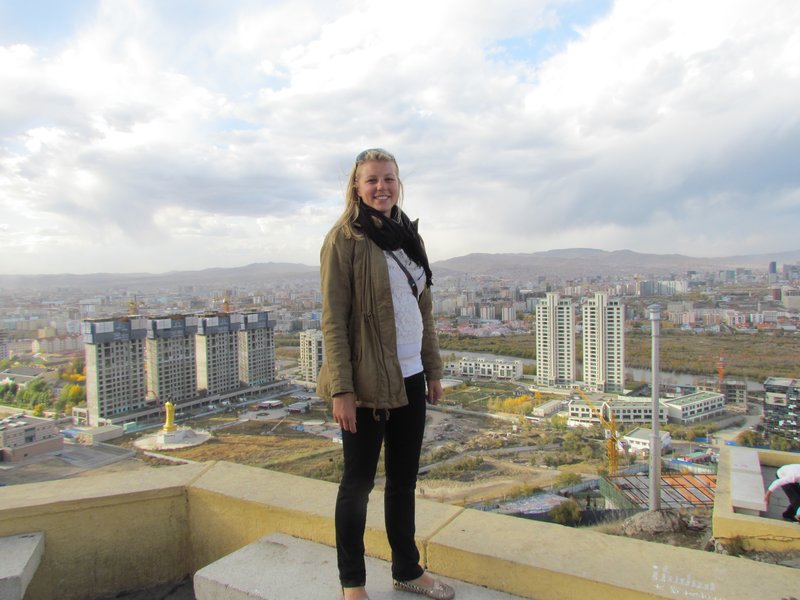 The view of Ulaanbaatar 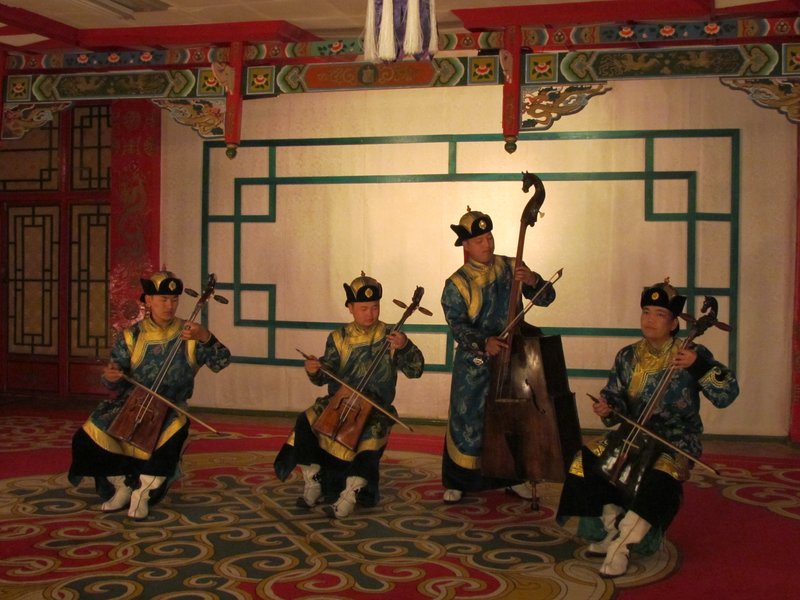 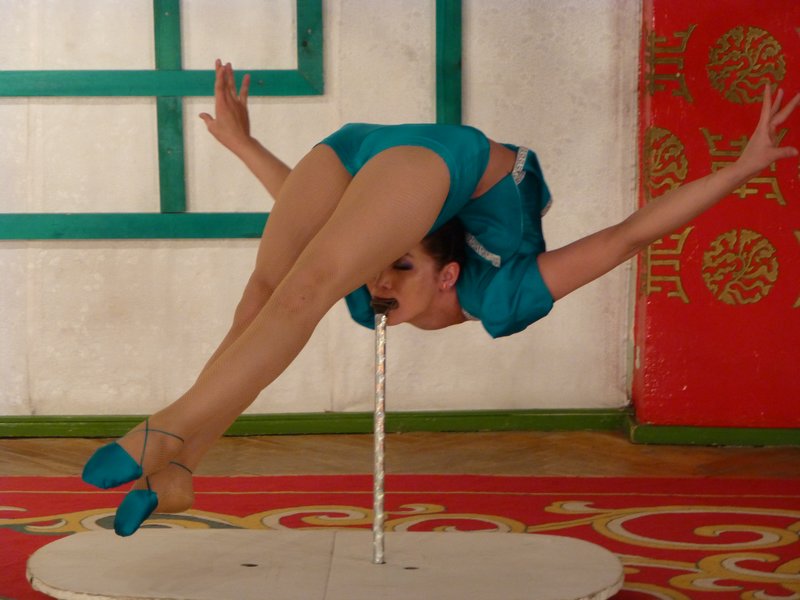